Adrian du Plessis was born in South Africa and educated at Natal University and Stanford University. After teaching in Swaziland for three years until independence in 1968, he joined Cambridge University Press in 1969 as an editor. Adrian created a list in English as a Foreign Language for CUP and when he later moved on to create a list in reference works, Cambridge publishing in British and American English was one of the world’s leading EFL lists with a reputation for innovation and quality, regularly winning awards. The Cambridge list of professional books for EFL teachers and in applied linguistics was acknowledged as pre-eminent.

In the new reference division, Adrian developed a dictionary for non-native speakers of English: The Cambridge Advanced Learner’s Dictionary. This grew into a family of lexicographical works including bilingual dictionaries, a thesaurus and a major dictionary in American English. Subsequently these lexical reference works were published online, and today the Cambridge Dictionary website is one of the most consulted among learners and advanced users of English as a foreign or second language. The site includes bilingual dictionaries, a translation facility, a thesaurus and a comprehensive grammar of English.

Cambridge publishing for learners of English is a world leader and the biggest publishing division in the University Press, employing 600 people worldwide. Before retiring, Adrian led a review of the Press’s visual identity and editorial standards. The University itself followed suit a few years later, and twenty-five years later both styles are still thriving.

Adrian ran the Clare Hall Colloquium for three years and also led a review of the College’s visual identity before the 50th-anniversary celebrations in 2016. 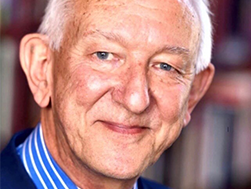 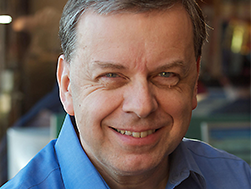